M&M’s, Beyonce and Ravens dominate game day searches on Google: This year’s big game was filled with action—brothers battled on the field and a 34-minute-long power outage nearly turned the tide of the game. With all the excitement on the field, we looked online to see what fans across the U.S. were searching for during the game.

Overall, the top trending searches on Google during the game were:
Other noteworthy trending searches include those about the power outage, which started trending mid-game and ended up ranking eighth out of the most-searched terms during game time. Searches for Beyonce spiked dramatically during her halftime show. And showing that ads drive consumer interest, searches for Chrysler spiked significantly after their fourth quarter commercial. 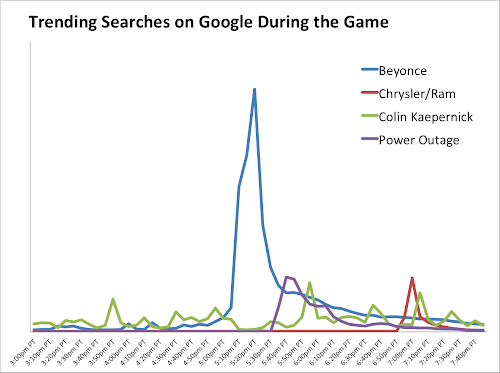 The Harbaugh brothers’ on-field battle has been one of the big stories of the game, so it’s no surprise that viewers took to the web to find more information on these coaches. While John Harbaugh took home the trophy, Jim was the most searched brother on Google.

This year many advertisers turned to YouTube to share game day ads and teaser videos in the weeks leading up to the game. In 2013, big game ads or ad teasers were watched more than 66 million times on YouTube before game day. 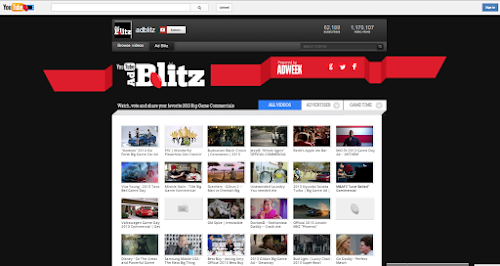 Now that you’ve seen all the ads, vote for your favorite one on either the YouTube Ad Blitz channel or ADWEEK.com now through February 11. The winners of the Ad Blitz will be announced on the YouTube homepage on February 16.

Will you be Monday-morning quarterbacking the game or the ads?

Google and Brazil celebrate Carnival 2013: Ask any person who’s never traveled to Brazil what he knows about the country and it’s likely that one of their first responses is: Carnival (or Carnaval in Portuguese). It's no wonder: Carnival is one of the largest celebrations on the planet. As a Brazilian, I can also say that it represents much of what’s wonderful about our country—joy, cultural richness and musical diversity.

From Feb 7-12, YouTube will bring Carnival to the world for the third year in a row—giving you a front-row seat to the entire celebration on the YouTube Carnival channel.

The best Carnival is the one you choose, anytime, anywhere

What better way to experience a party the size of Brazil than by connecting to the rhythms and local traditions of six different cities—from Rio de Janeiro’s samba and Salvador’s axé to southern Brazil’s frevo. This year, you’ll be able to enjoy the festivities of Salvador, Rio de Janeiro, Olinda, São Luís do Maranhão, Ouro Preto and Pirenópolis.

Pick from a series of live feeds, camera angles and performances from the city of your choice, right in the middle of the party. Channel feeds are made possible by a combination of YouTube Live and Google+ Hangouts. In total, you can access a total of 150 hours of live Carnival feeds—from your laptop, tablet or smartphone. 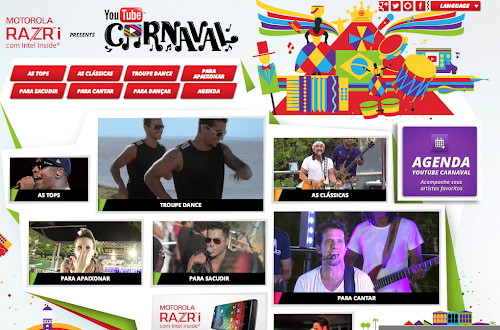 Here’s a little more detail on some of the celebrations:
Google+ joins the party

Everyone knows that a good party generates great photos. That’s why we’ve also joined with photographers who will be uploading pictures daily of Carnaval’s best moments from 20 different Brazilian cities at Google+ Carnaval. 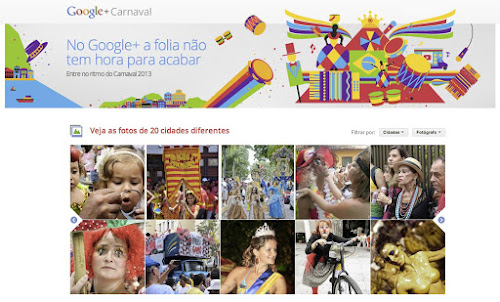 Find the entire agenda of this year’s Carnival events at www.youtube.com/carnaval. To keep track of your favorite events and the artists you want to see, download the Carnaval 2013 extension from the Chrome Web Store, and make sure not to miss a beat. 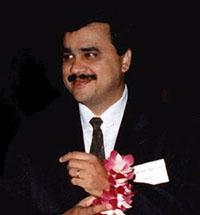